The city of Charlotte ranks among the nation’s fastest-growing metros. It generated 888,000 new residents between 2004 and 2014—ranking as the third-fastest developing major city in the United States. The Queen City houses iconic infrastructures within its borders.  The historic Charlotte-Douglas International Airport is the seventh busiest airport in the world. The incredible structure features […]

It has been a great business decade for Charlotte. In 2013, Forbes listed this city as one of the Best Places for Business and Career. Today, Charlotte is the United State’s second-largest banking center behind New York, the major center of the motorsports industry, and the new energy sector capital. The Bank of America, Formula […] Remodeling a kitchen inspires more creativity – and drama —  than perhaps any other home renovation project. And in keeping with the tradition of Southern hospitality, Queen City residents use their kitchens for entertaining as much as for down-home cooking. As Charlotte continues its decades-long climb up America’s social ladder, clients in the super cool […] Frameless showers, sunken tubs, wood-like tile, glass mosaics, and exotic marbles aren’t the only choices a homeowner has to make when splurging on a bathroom remodel. In Charlotte, as elsewhere, most of the cost for remodeling a bathroom comes from labor. That’s why hiring a qualified professional is a make-or-break step. Bathroom remodeling contractors worth […] by Charlotte Architects • May 28, 2018
Ever since the Queen City’s real estate market started booming in 2016, homebuilders have enjoyed a long-awaited revival in their trade. Home values are rising. Charlotte Magazine reported that the median sales price went up to $185k in 2016 for the first time, and over 42,000 homes were sold in the Charlotte metro area, producing high sales not seen in 10 years. These are welcomed statistics for residential contractors who specialize in custom home builds, especially since market analysts are not expecting another crash anytime soon.
[wonderplugin_gridgallery id=183] 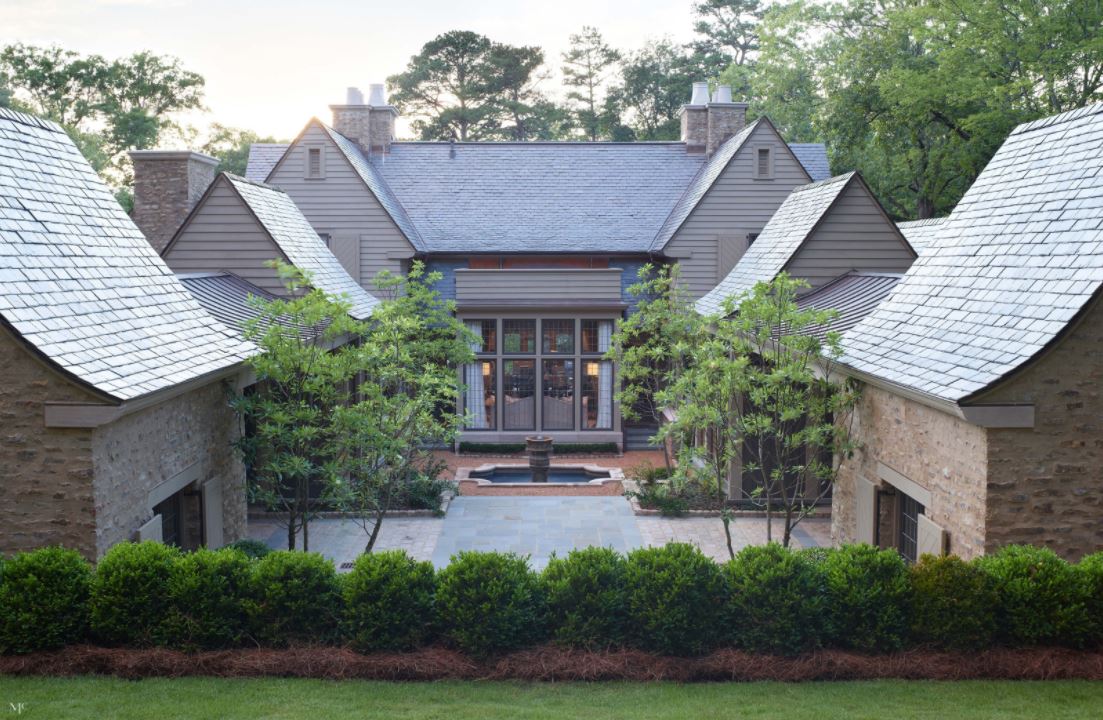 The Best Residential Architects and Designers in Charlotte

by Charlotte Architects • October 16, 2017
Bold and thoughtful designs, near-fanatical attention to detail, and a sense of romance are just a few of the traits shared by the the residential architects of Charlotte. Whether the starting point is a backyard renovation, a full-house remodel, or an entire new build, the destination does not change; the bottom line for Charlotte’s top residential architects is high-quality delivery to the client, the people who will call the firms’ houses a home. The following firms have been assessed based on their history and local experience, their reputation for the design of quality new homes, and on the previous accolades that have been bestowed on them.
[wonderplugin_gridgallery id=82] The Best Commercial Architects in Charlotte

by Charlotte Architects • October 16, 2017
North Carolina’s largest city is witnessing the strongest urban growth of any city in the South, according to a May 25, 2017 article in the Charlotte Business Journal. Much of that growth began in the 1970s, when two international banks made the Queen City their home. Since then, Charlotte’s population has exploded and its urban center has transformed into a financial stronghold. Charlotte is now the second largest banking center in the country. Its economic development is reflected in the city’s imposing skyline, and many of the architectural firms listed below have contributed to this growth. Some of the firms have main offices out of town — or state. But they all share one thing in common: a mission to design commercial structures that reflect sustainable living and civic responsibility.
[wonderplugin_gridgallery id=93] The Best Restaurant Architects in Charlotte

by Charlotte Architects • October 16, 2017
It’s a tall order these architects fill — converting turn-of-the-century churches into hip hangouts or blending a client’s national image with tastes local enough to lure Charlotte’s brand of foodies. The challenge has only intensified as the Queen City’s population swells with diversity; international tastes are making restaurants rethink their approach, transforming their menu from the traditional, down-home Southern fare of steaks, fried chicken, and barbecue that once dominated the food scene in Charlotte. Alongside changing menus, diners also also expect a restaurant’s atmosphere to enhance the dining experience. No group better understands this than the entrepreneurs – whether Mom-n-Pop or the power brokers of America’s multi-billion dollar fast-casual food industry – who’ve relied on the architects discussed below to make it all happen. But each understands that while food and drink are a restaurant’s main attraction, its décor can never be an afterthought.
[wonderplugin_gridgallery id=126] The Best Interior Designers in Charlotte

by Charlotte Architects • October 16, 2017
Interior design in the Queen City reflects its traditional Southern heritage, but with a nod to its newfound commercial vibe. The designers chosen here have made it to the top of their profession, largely because they know how to achieve balance in more than just color palettes. They understand the contemporary, urban lifestyle that makes their Charlotte clients tick. The term “full-service” is one they all use. It means they perform at high levels, whether they are suggesting fabric for custom draperies or driving the design choices from a home’s construction phase to its move-in readiness. The following list ranks these design stars by the scope of their design projects, their academic pedigree and awards, and the artistic influences that inspire their creations.
[wonderplugin_gridgallery id=137] The Best Office Architects in Charlotte

by Charlotte Architects • October 16, 2017
Jumping trends, balancing work styles, and understanding fundamental changes are ways that office architects must now approach a task they all face — finding the connection between workplace design and employee productivity. For that really is what office design in today’s corporate landscape is about. It’s a landscape where CEOs of Fortune 500s and startups alike have accepted that to boost bottom-line results, they must realign work environments to stimulate Generation Y employees impacted by globalization, urbanization, and the distracting pleasures of Silicon Valley. That challenge exists whether a company works out of Manhattan or Charlotte, North Carolina, as the companies described here do. Each of these office architects understood that challenge. And rather than look for a universal office design template, they carefully researched a client’s workforce to find what fits and what doesn’t. The results? Practical solutions to workplace realities and office interiors beyond compare.
[wonderplugin_gridgallery id=105]